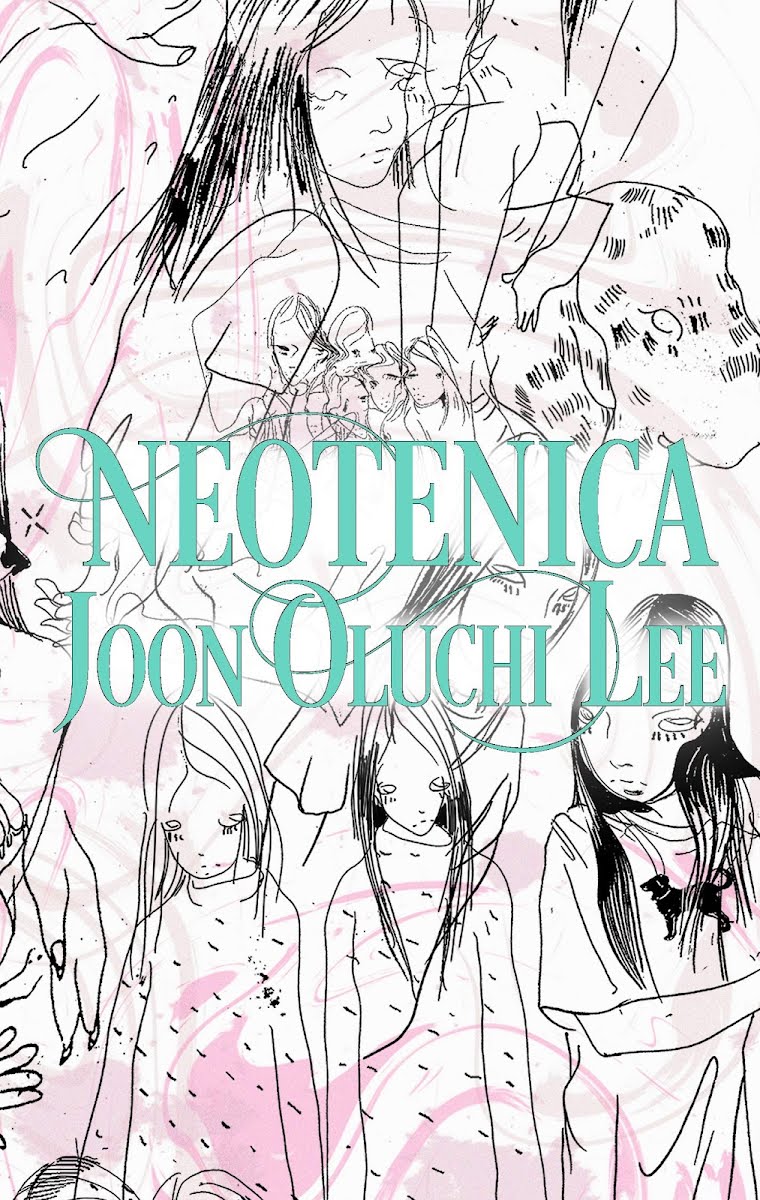 Neotenica is a novel of encounters: casual sex, arranged-marriage dates, cops, rowdy teenagers, lawyers, a Sapphic flirtation, a rival, a child, and two important dogs. At the center of it are Young Ae, a Korean-born ballet dancer turned PhD student, and her husband, a Korean-American male who inhabits an interior femininity, neither transgender nor homosexual, but a strong, visceral femininity nonetheless. This novel is an adrenaline-filled ride sliding across the surface of desire and chance through the quotidian turned playful.

This event was unable to be recorded

Joon Oluchi Lee is an Associate Professor in the Literary Arts + Studies department at RISD. He is the author of three books of fiction: Neotenica (Nightboat, 2020), 94 (Publication Studio Portland, 2015) and Lace Sick Bag (Publication Studio Portland, 2013). His essays, including The Joy of the Castrated Boy (Social Text, F/W 2005), have appeared in various academic and alternative publications. Lee lives and writes in femininity and feminism. He teaches courses in gender studies, feminism and creative writing that explore the meeting points of theory, fiction, performance and self-making.

Sandra Lim was born in Seoul, Korea, and grew up in California. She earned a BA from Stanford University, a PhD from the University of California Berkeley, and an MFA from the Iowa Writers’ Workshop. Lim is the author of the poetry collections Loveliest Grotesque (2006), which won a Kore Press First Book Award for Poetry, and The Wilderness (2014), winner of a Barnard Women Poets Prize. Of her poetry’s sometimes oblique relationship to “more legible markers or narratives of … racial and ethnic background,” Lim has said, “poetry always alerts me to the solitariness of individual consciousness, to the mystery of other people with other subjectivities, and to the conditions and dilemmas of moving through private and public forms of life. Perhaps being a writer of Asian descent makes negotiating those public forms more vivid, to be sure. A challenge for every writer, I imagine, is to understand that real exploration involves real risk; it can be scary and exhilarating even to discover unexpected aspects of one’s own sensibility in writing a poem.”

Lim’s work has been anthologized in Gurlesque (2010), The Racial Imaginary (2015), and Among Margins: An Anthology on Aesthetics (2015). Her honors and awards include fellowships from the MacDowell Colony, the Vermont Studio Center, and the Getty Research Institute and a Pushcart Prize. She is an assistant professor of English at the University of Massachusetts Lowell.