Global Warming and the Sweetness of Life: A Tar Sands Tale 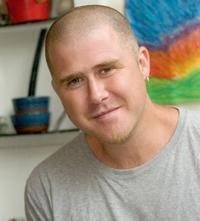 The Liberal Arts division and the department of History, Philosophy + the Social Sciences welcome writer/activist Matt Hern for a talk called Global Warming and the Sweetness of Life: A Tar Sands Tale. Hern is co-author of the recent book Global Warming and the Sweetness of Life (MIT, 2018), which charts multiple trips through the tar sands of northern Alberta and documents the effects of global warming on indigenous communities. Hern and co-creators Am Johal and Joe Sacco offer new forms of thinking about global warming and ecological perils in the context of class and de-colonial politics and seek new definitions of the word ecology.

Matt Hern is a community organizer, independent scholar, writer and activist based in East Vancouver, British Columbia (Coast Salish Territories). He is known for his work in radical urbanism, community development, ecology and alternative forms of education. He is currently the co-founder and co-director of a creative production cooperative with and for refugee and recently arrived youth called Solid State Industries. Hern teaches at multiple universities, lectures globally and is widely-referenced in radical political and social discourses. His writing has been published on six continents and translated into 14 languages. He holds a PhD in Urban Studies from the Union Institute & University.