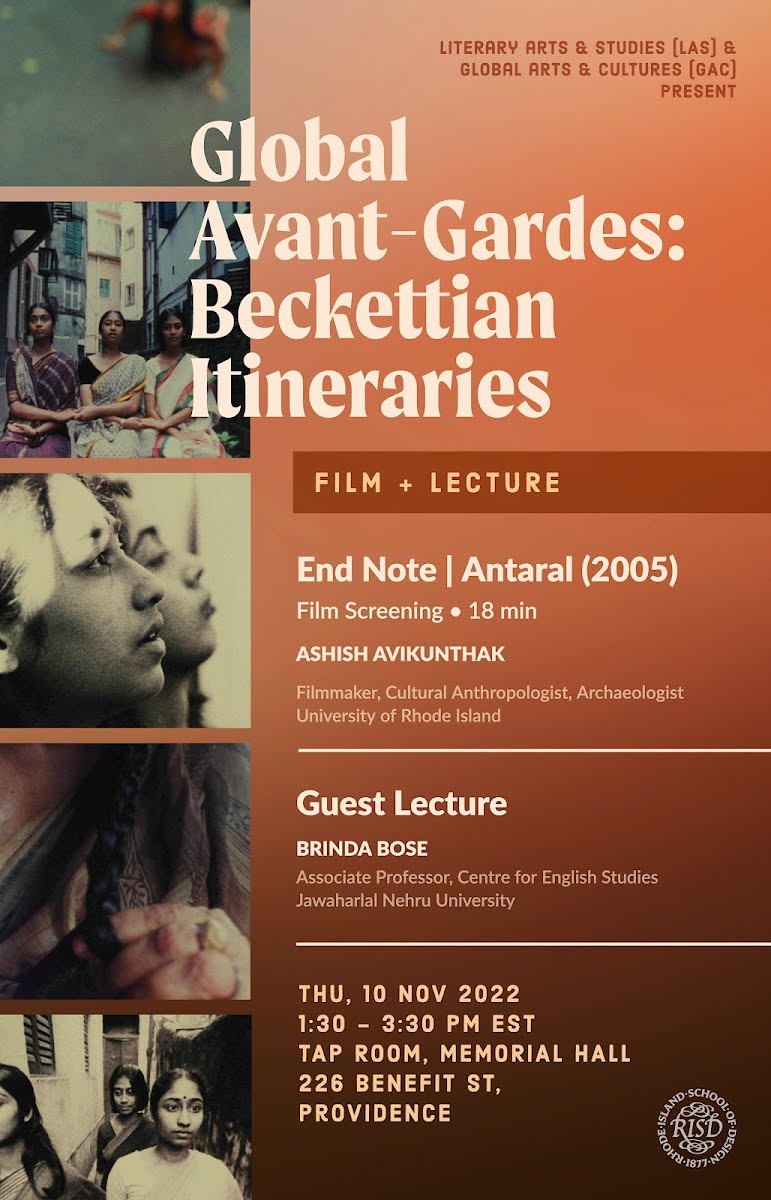 In this short film, three women reminisce about their times at school and rekindle and affirm old friendships. They share a strange secret about each other that is never made known to us. The film is a cinematic interpretation of Samuel Beckett’s 1967 dramaticule, “Come and Go”.

Ashish Avikunthak is a filmmaker, cultural anthropologist and archaeologist. With a PhD in Cultural and Social Anthropology from Stanford University and having taught at Yale University, he is now a Professor in Film/Media at Harrington School of Communication, University of Rhode Island.

Brinda Bose is an Associate Professor at the Centre for English Studies, and School of Language Literature and Culture Studies at Jawaharlal Nehru University. Her research interests include Indian Modernisms/Avant-Garde, Film Studies, Feminist/Queer Theory among several others.