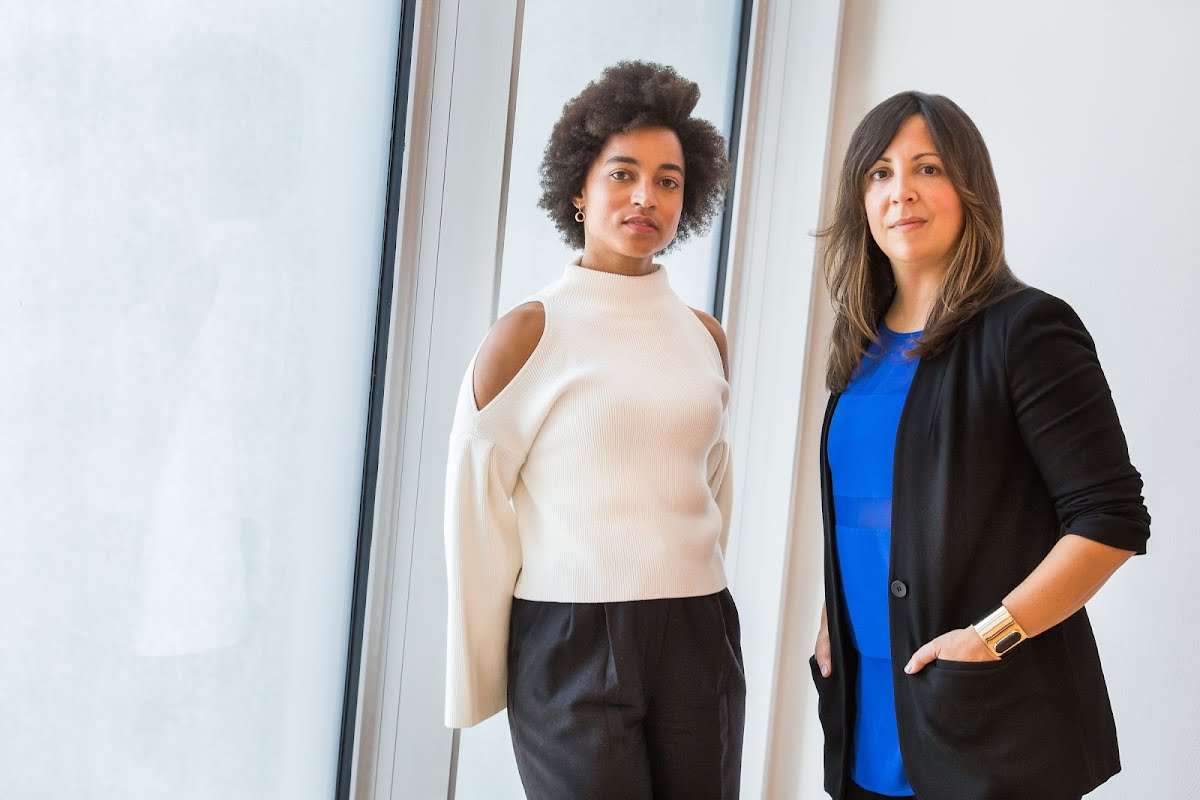 "Featuring seventy-five artists and collectives working in painting, sculpture, installation, film and video, photography, performance, and sound, the 2019 Biennial takes the pulse of the contemporary artistic moment. Introduced by the Museum’s founder Gertrude Vanderbilt Whitney in 1932, the Biennial is the longest-running exhibition in the country to chart the latest developments in American art." - Whitney Museum of American Art

Free and open to the public.
Above Image: Rujeko Hockley (left) and Jane Panetta (right). Photograph by Scott Rudd.

Jane Panetta is a curator and director of the collection at the Whitney Museum of American Art; she joined the Museum’s curatorial department in 2010. In her new role as director of the collection, Panetta leads the curatorial department’s collection team and manages the museum’s acquisitions and display of its holdings. She co-directs the museum’s strategic plan for its collection, along with the Whitney’s Emerging Artists Working Group. Most recently at the Whitney, Panetta organized the 2019 Biennial alongside co-curator Rujeko Hockley. Prior to the Biennial, Panetta organized solo presentations of the work of Juan Antonio Olivares (2018), Willa Nasatir (2017) and Njideka Akunyili Crosby (2015–16) and the group exhibition Fast Forward: Painting from the 1980s (2017), in addition to co-curating Mirror Cells (2016) with Christopher Y. Lew at the Museum. She served on the curatorial team for America Is Hard to See (2015, led by Donna De Salvo), the Museum’s inaugural presentation in its downtown location. Panetta collaborated on Signs & Symbols (2012, curated by De Salvo), as well as contributing to Robert Irwin: Scrim Veil—Black Rectangle—Natural Light, Whitney Museum of American Art, New York [1977] (2013, curated by De Salvo). Prior to joining the Whitney, Panetta spent several years in the Museum of Modern Art’s Painting and Sculpture Department, where she worked closely on the exhibitions James Ensor (2009, organized by Anna Swinbourne) and Richard Serra Sculpture: Forty Years (2007, organized by Kynaston McShine and Lynne Cooke). Panetta is a member of Madison Square Park’s Public Art Consortium.

Rujeko Hockley joined the Whitney Museum of American Art’s staff as an assistant curator in March 2017. Most recently at the Whitney, Hockley organized the 2019 Biennial alongside co-curator Jane Panetta. Additional projects at the Whitney include Julie Mehretu (forthcoming 2020), Toyin Ojih Odutola: To Wander Determined with Melinda Lang (2018) and An Incomplete History of Protest: Selections from the Whitney’s Collection, 1940–2017 with David Breslin and Jennie Goldstein (2018). Hockley also serves as a member of the Museum’s Emerging Artist Working Group. Previously, Hockley was assistant curator of contemporary art at the Brooklyn Museum, where she co-curated Crossing Brooklyn: Art from Bushwick, Bed-Stuy, and Beyond (2014) with Eugenie Tsai, and was closely involved in exhibitions highlighting the permanent collection as well as artists LaToya Ruby Frazier, The Bruce High Quality Foundation, Kehinde Wiley, Tom Sachs, and others. She is the co-curator of We Wanted a Revolution: Black Radical Women, 1965-85 (2017) with Catherine Morris, which originated at the Brooklyn Museum and will travel to three U.S. venues in 2017–18. Hockley serves on the Board of Art Matters, as well as the Advisory Board of Recess.