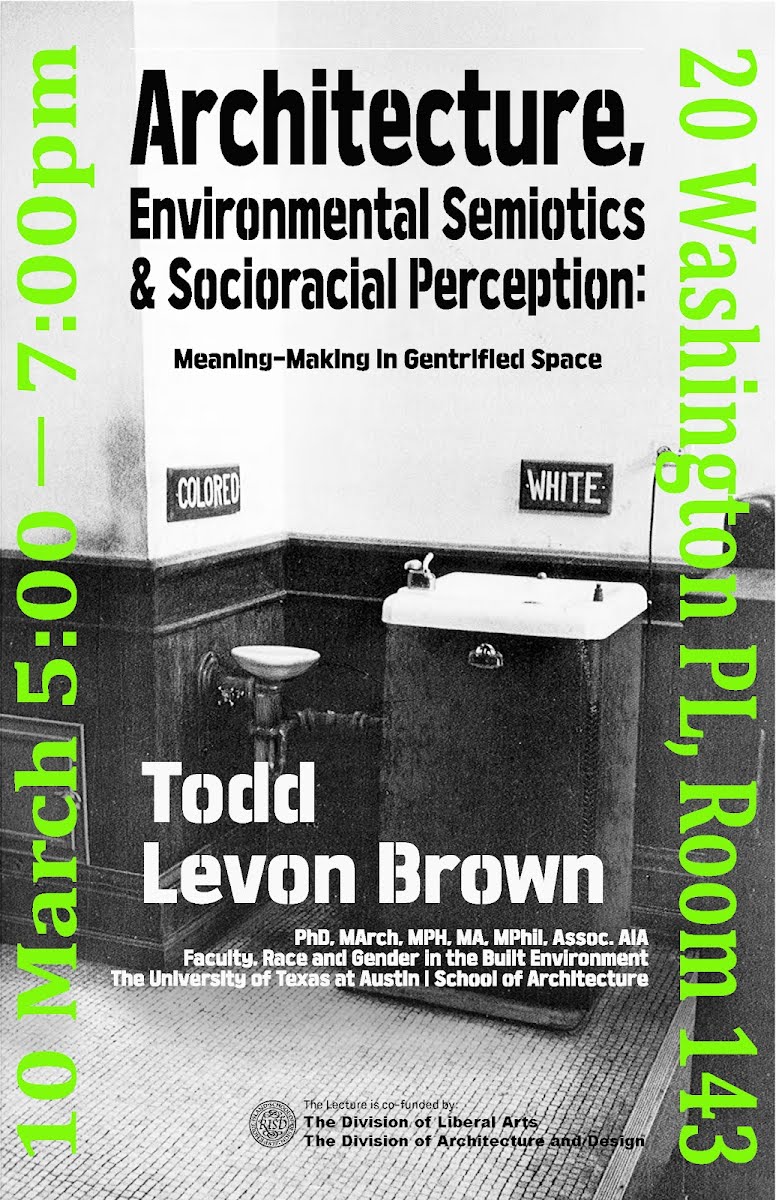 Trained as an architect, Dr. Todd Brown is an Environmental Psychologist whose research lies primarily at the intersection of critical [race] theory and the built environment. Working theoretically, empirically, and visually, his research explores how architecture and other physical spaces and places are produced, perceived, and evaluated as racialized and embodying other social constructs. His dissertation investigated how environmental cues—such as architectural design features and other physical properties—are used in the development of one’s sociospatial imaginary of urban space. Todd has published several scholarly works at the intersections of psychosocial perception, race, social justice, architecture, and urban design. As an interdisciplinary scholar, he has taught in various programs including: psychology at Hunter College, CUNY and the Fashion Institute of Technology, SUNY; urban studies at Queens College; and architecture at the City College of New York and Columbia University. He currently serves as the 2021-23 Race and Gender in the Built Environment Fellow at the University of Texas at Austin School of Architecture, where he teaches design studio work on inclusion and socioracial sustainability. Dr. Brown received his BA, MPH and MArch from the University of Illinois at Chicago and his MA, MPhil, and PhD from the CUNY Graduate Center.

The recording of the this event is accessible only to RISD.edu users.