The Ocean's Skin | A talk by Philip Hoare 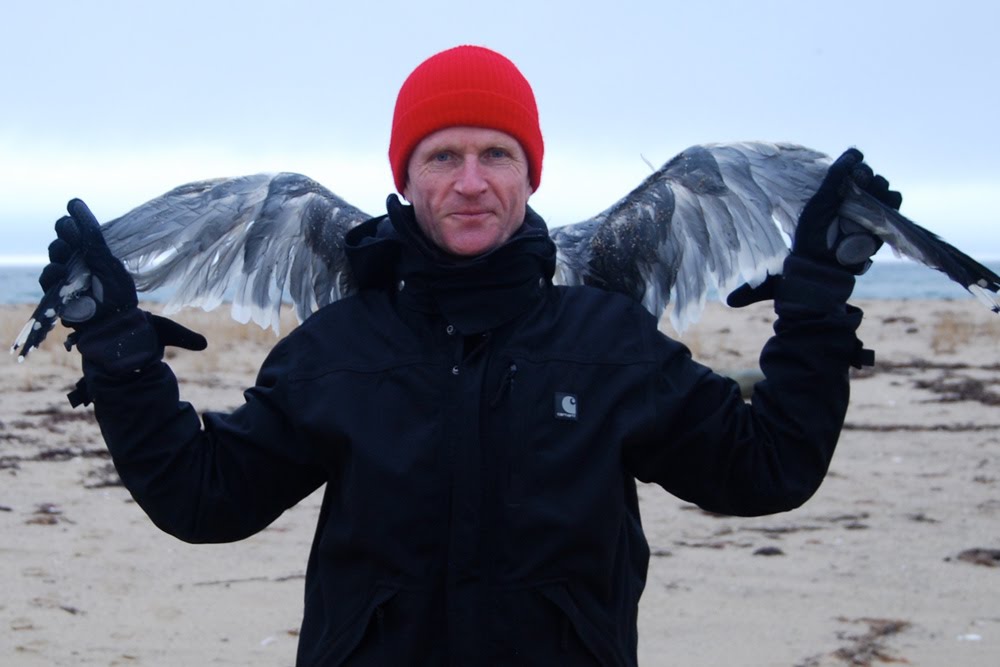 Philip Hoare, a frequent visitor to Cape Cod, is obsessed with the sea. He swims in it every day - winter and summer. In this talk, drawing on his new book, RISINGTIDEFALLINGSTAR, he looks at the way we humans relate to the sea's natural history - its whales, its birds, its tides, its myths. From Thoreau to Melville, from Virginia Woolf to Oscar Wilde, from Percy Shelley to Sylvia Plath, he takes up human stories to see how they intertwine with watery mysteries and other species: the singing humpback, the shape-shifting selkie, the gothic cormorant. He swims with sperm whales and walks remote beaches in the footsteps of philosophers. And in their collective past and present - both human and animal, both threatened and celebrated - we see the future, incarnate in all those stories contained beneath what Melville called 'the ocean's skin'.

Philip Hoare's book The Whale won the 2009 BBC Samuel Johnson Prize for non-fiction. It was followed in 2013 by The Sea Inside. His new book, RISINGTIDEFALLINGSTAR is published by the University of Chicago Press and has been acclaimed as 'a masterpiece' by The Observer. The Wall Street Journalnoted: 'There is a romance in his art, but it is never sentimental. On the contrary, he is reforging a primitive bond, paying attention to the natural world with compassion and curiosity. This is a truly mesmerizing read, its writer so very human but clearly wishing to be a part of nature rather than society'.

An experienced broadcaster, curator and filmmaker, Philip presented the BBC film The Hunt for Moby-Dick, filmed in New Bedford, Nantucket and the Azores. He is a regular contributor to The Guardian. He is Professor of Creative Writing at the University of Southampton, UK, and curator of the Moby-Dick Big Read, www.mobydickbigread.com, a free online audio version of Melville's book read by Tilda Swinton, John Waters, Mary Oliver, Nathaniel Philbrick, Sir David Attenborough, Benedict Cumberbatch, Stephen Fry, Simon Callow and many others. It has received 5 million hits to date.