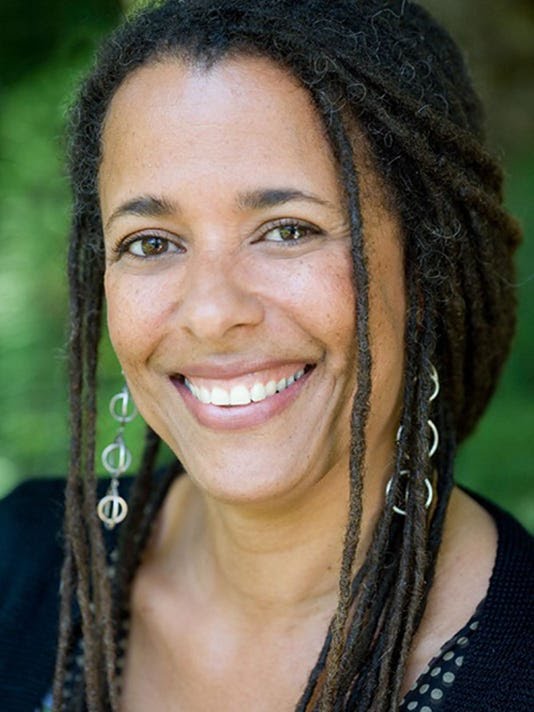 Carolyn Finney, PhD is a storyteller, author and a cultural geographer. The aim of her work is to develop greater cultural competency within environmental organizations and institutions, challenge media outlets on their representation of difference, and increase awareness of how privilege shapes who gets to speak to environmental issues and determine policy and action. Carolyn is grounded in both artistic and intellectual ways of knowing - she pursed an acting career for eleven years, but five years of backpacking trips through Africa and Asia, and living in Nepal changed the course of her life. Motivated by these experiences, Carolyn returned to school after a 15-year absence to complete a B.A., M.A. (both of these degrees focused on gender and environmental issues in Kenya and Nepal, respectively) and Ph.D. (which focused on African Americans and environmental issues in the U.S.) She has been a Fulbright Scholar, a Canon National Parks Science Scholar and received a Mellon Postdoctoral Fellowship in Environmental Studies. Carolyn has worked with the media in various capacities including the Tavis Smiley Show, MSNBC, & Vice News Tonight; wrote Op-Eds for Outside Magazine & Newsweek; was a guest editor & contributor for a special section on Race & the National Parks in Orion Magazine; recently participated in a roundtable conversation with REI and The Atlantic; interviewed with various media outlets including NPR, Sierra Club, Boston Globe & National Geographic; and even filmed a commercial for Toyota that highlighted the importance of African Americans getting out into Nature. Along with public speaking, writing, consulting and teaching (she has held positions at Wellesley College, the University of California, Berkeley & the University of Kentucky), she served on the U.S. National Parks Advisory Board for eight years which assists the National Park Service in engaging in relations of reciprocity with diverse communities. Her first book, Black Faces, White Spaces: Reimagining the Relationship of African Americans to the Great Outdoors was released in 2014 (UNC Press).

Carolyn is currently working on a number of projects including a new book (creative non-fiction) that explores identity, race, lived experience and the construction of a black environmental imaginary, and a performance piece about John Muir (The N Word: Nature Revisited). She has recently published a piece for a special issue of Harvard Design Magazine (themed Into the Woods) entitled “The Space Between the Words” (March 2018) and another article for VIEW, the magazine of the Library of American Landscape History (Summer 2018). She has also been commissioned to write ten poems for Artists Thrive, an initiative that offers practices, activities and visions for supporting artists and a thriving arts sector. In order to meet the demands of this work Dr. Finney has recently resigned from her full-time position at the University of Kentucky.