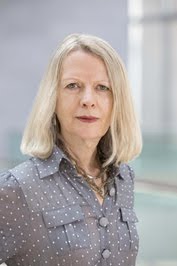 Since the last century, the relationship between vanguard and self-taught artists has been defined by contradiction. The established art world has been quick to make clear distinctions between trained and untrained artists, yet at the same time it has been fascinated by outliers whom it draws selectively and intermittently into its orbits. Curator Lynne Cooke explores shifting conceptualizations of the American outlier across the twentieth century. She reveals how these distinctions have been freighted with a particularly American point of view as she investigates our assumptions about creativity, artistic practice, and the role of the artist in contemporary culture.(Credit)

Lynne Cooke is the Senior Curator for Special Projects in Modern Art, National Gallery of Art, Washington DC, where she recently curated “Outliers and American Vanguard Art.” Prior to her present position, she was the deputy director and chief curator at the Museo Reina Sofia, Madrid, Spain, and the curator at the Dia Art Foundation. Cooke has taught and lectured regularly at the University College London, Syracuse University, Yale University, Columbia University, and the Center for Curatorial Studies at Bard College. She was a co-curator of the Venice Biennale in 1986, the Carnegie International in 1991, and was artistic director of the Biennale of Sydney in 1996.

Dr. Cooke established herself during the mid-80s as a writer on contemporary artists of the period, including British sculptors Anish Kapoor and Bill Woodrow, and American artist Allan McCollum. During her years at Dia, Cooke organized a number of exhibitions of younger American women artists and worked to bring greater recognition to women artists who contributed to the minimalist period; she also organized significant exhibitions aimed at introducing European artists of the 1980s to the American public.

Cooke has curated exhibitions at the Arnolfini Gallery, Bristol; Whitechapel Art Gallery and Hayward Gallery, London; Third Eye Center, Glasgow; Institute of Contemporary Art, Boston; Tamayo Museum, Mexico; and elsewhere. In 2006, she was the recipient of the Award for Curatorial Excellence from the Center for Curatorial Studies at Bard College, and in 2007, she co-curated the exhibition "Richard Serra Sculpture: Forty Years," at the Museum of Modern Art in New York. She has written widely about contemporary art in exhibition catalogues and in Artforum, Artscribe, The Burlington Magazine, and Parkett, among other magazines.