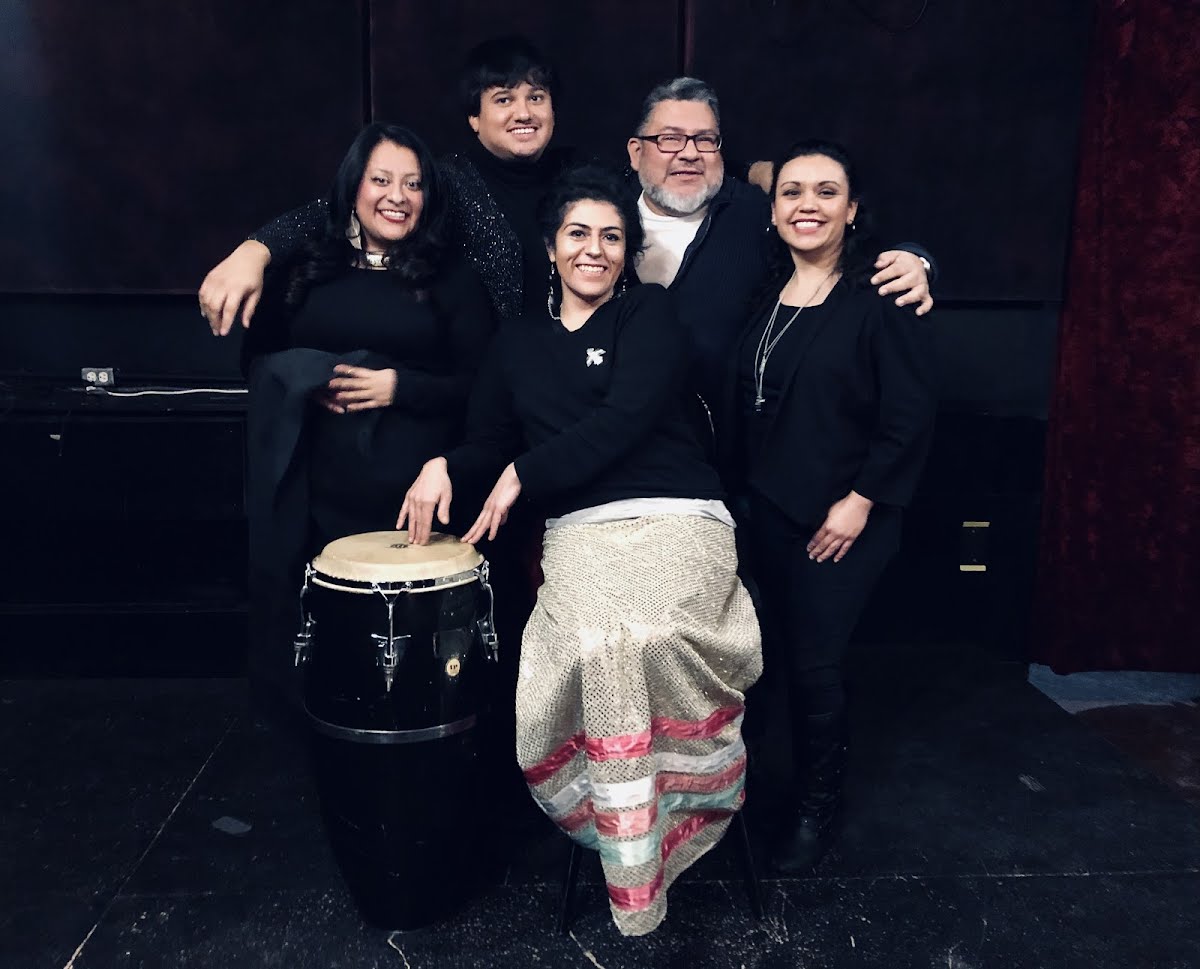 Join us for national poetry month as we welcome Latinx poets, performers, and activists of LaResistencia. Alex Martinez, Jessica Ayala, Lucky Garcia, Miguel Morales, and Mattie Salazar will perform some of their current work, and speak on their personal and collective relationships to activism and accessibility.

La Resistencia is a collective of LGBTQ creatives of color who share their words, art, voices, and bodies with community. La Resistencia lives in pride, and celebrates the experiences of QTPOC communities and individuals as they amplify their voices.

Alex Martinez is a poet, badass organizer, and an overall beautiful queen living in Prescott, AZ. Born in Mexico, Alex started writing poetry at a very early age. After migrating to the United States as an undocumented minor in 2005 their primary language became English. Alex often writes about trauma and social issues that affect them and their immigrant, brown, and queer communities. Alex was an artist in residence for 18 months at Charlotte Street Foundation in 2018 with funding for the program provided by a National Endowment for the Arts Our Town grant.

Some of Alex's pieces have appeared in Harbor Review, New City Community Press, Hawai‘i Review, and About A Place Journal. Alex published their first book Disclosure: Confessions of a Queer in Crisis in April of 2018.


Maite Salazar's passion for making change started very young. Their first time "organizing" was when they were a little kid, advocating for animal rights with plans to send a "Barbie Jeep" to save endangered animals from poachers. As they grew up, they got involved in the Anti-War movement during the Bush Administration, at the age of 17 going as far as participating in a direct action when President Bush was in town, that was powerful enough that he thought it was best to run from his car to the building of the event, rather than confront the protest.This was the start of Maite putting themselves on the front lines of movements seeking justice.

One of the most memorable movements they were a part of was the North Dakota Pipeline Shutdown protests facilitated by the Water Protects. During the protests, Maite raised thousands of dollars to support Water Protectors on the front lines, and even joined the front lines themselves, witnessing/experiencing first-hand the full barrage of human rights violations and police brutality facilitated by the United States Government, North Dakota and Private Police forces on their fellow peaceful protesters.

Lucky Garcia (she/her/hers) is a Latinx/Chicanx lesbian writer, community organizer, sex educator, and software engineer. She has lived in Kansas City for 14 years. As an Iraq War veteran turned political anarchist, she has dedicated her life to social and racial justice. Lucky hosts workshops and speaks publicly at schools, conferences and community events on relationships, sex, sexuality, as well as LGBTQ, political, women’s rights, and racial justice issues. She is an organizing member of One Struggle KC in the Movement for Black Lives, Brown Voices/Brown Pulse which centers LGBTQ people of color, Showing Up for Racial Justice – Kansas City (SURJ), and Kansas City Food Not Bombs.